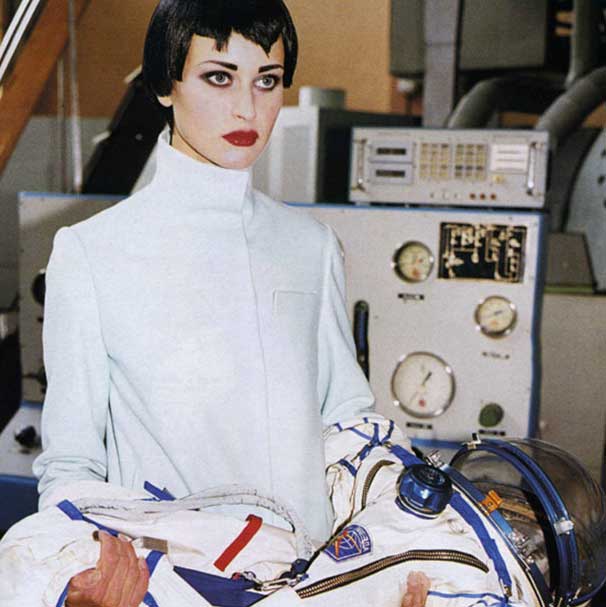 Cosmonaut Vogue New Yorker and Brooklyn born Arthur Elgort and famous Vogue photographer took these these super cool photographs of Russian model Natalia Semanova,  for the December 1999 issue of Russian Vogue. Taken in the Cosmonaut Training Center of Star City with genuine cosmonauts. It has an unusually retro 1960s look about it.   Original …

If you love the spirit of the 1960s beat generation, then you should read this book by the aptly named Veronika Carnaby! [ no relation to the famous London Carnaby Street apparently! ] American writer and poet Veronika Carnaby has a vintage charm about her that naturally slips into her written works. The story of …

A Short History of 20th Century Women’s Fashion – 1900 to 1970. Glamourdaze have just published a concise history of women’s dress styles from the Edwardian era to the late 1960s. Read about the massive changes which came about in women’s fashion before, during and after the First World War. How women escaped from the …

A short illustrated history of every woman’s favorite wardrobe item – the little black dress. Who invented it, who made it popular. That Iconic item in every woman’s wardrobe A big fan of single neutral colors, Coco Chanel was really just pleasing herself with this number. In mourning mode after the death of her lover …

A charming 1960’s eye make-up commercial from Maybelline – the creator of mascara. The original formula was invented by New York chemist T.L. Williams in 1915. He gave it its name after his sister Maybel – who had shown him how she concocted her own basic lash make-up from mixing charcoal and Vaseline. When sold …

Vintage Swimwear Fashion (1961 Film) – Cloche Swim Caps from Playtex These days a girl has to keep her head to keep up with the changing seasons and styles. That goes for swim caps as well, with model Joan here seen above favoring the new crest shape motif against the new cloche shaped swim …

Thanks to Richard Jeffs of The Baim Collection for allowing us to publish this one minute excerpt from the feature Girls Girls Girls from the Harold Baim Collection. Directed by none other than Michael Winner of Death Wish fame. It features a bevy of women on a trip to the beauty parlour to achieve that …

Many thanks to Richard Jeffs of the Harold Baim Collection for giving us permission to feature a minute extract of the Michael Winner directed 1960’s fashion feature Girls Girls Girls. The Baim Film collection really is a lost archive of 1950’s and 1960’s Britain and you can view some wonderful clips on the archive and …