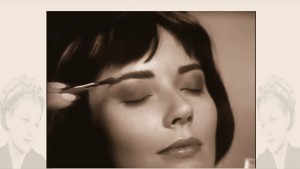 A charming 1960’s eye make-up commercial from Maybelline – the creator of mascara. The original formula was invented by New York chemist T.L. Williams in 1915. He gave it its name after his sister Maybel – who had shown him how she concocted her own basic lash make-up from mixing charcoal and Vaseline. When sold locally as Lash-Brow-Ine – it became an instant hit. When it was launched countrywide in 1915 it was marketed as  “the first modern eye cosmetic for everyday use”

In the quiet moments there are no words. The important things you say with your eyes ! Make sure your eyes are eloquent, beautiful. Maybelline is the eye make-up that brings out hidden loveliness !
With Maybelline – even ordinary eyes become important. Discover Ultra brown with the contour brush that softly shapes expressive brows ! Ultra shadow – veils soft color with brush on ease. Maybelline fluid eyeliner adds depth and expression. And ultra lash mascara – the dual taper brush softly colors, curls, builds and lengthens! 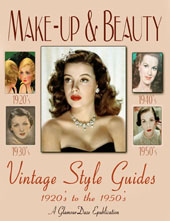