Compare your eyes to Hollywood’s most glamorous – 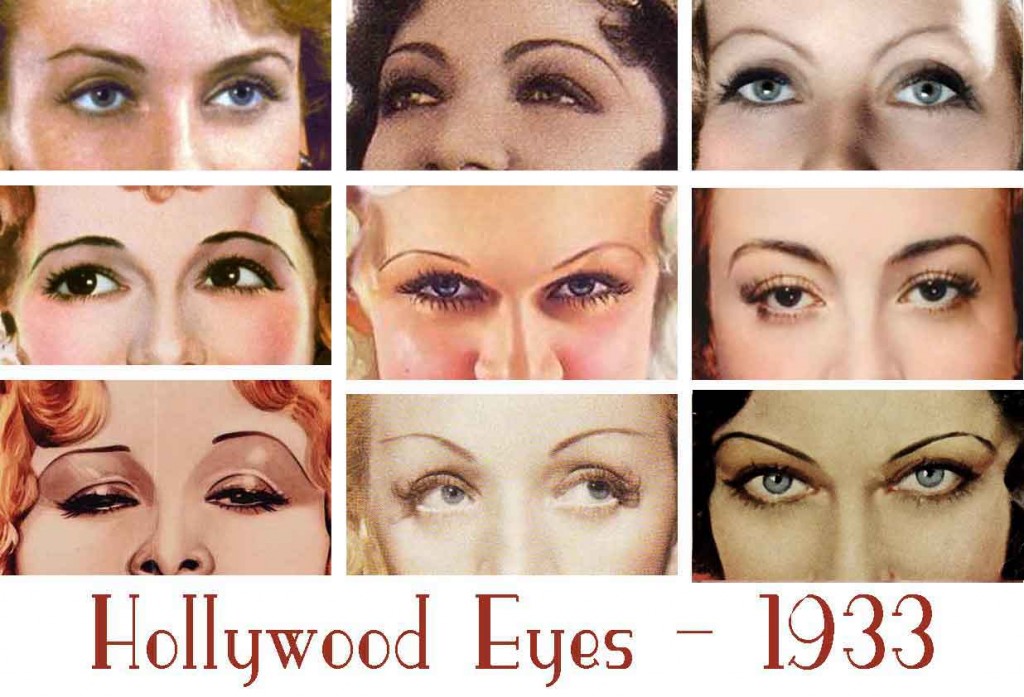 Its 1933 and Photoplay has asked artist Willy Pogany to reveal the inner selves of several screen starlets just by looking at their eyes.”Your eyes are telling on you!” says Pogany ” Not only by their expression – but for their shape. This is often determined by her choice of 1930s eye makeup style.” 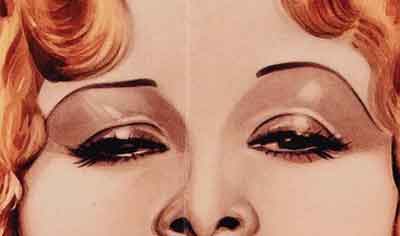 Look at Mae West’s for a moment. Are they saying much? Oh Lawdy, Lawdy!! Mae has has about the speaking-est eyes in existence. They’re seering sky-rockets and molten flame and red-hot danger signals. That come-up-‘n’-see-me-sometime glance slays them by thousands! Well spaced but deep set eyes reveal that Mae has super feminine energy and a will power to match. 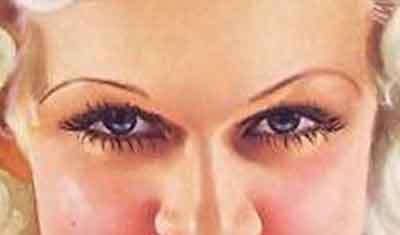 Jean Harlow may be a sex-appeal queen, but sex-appeal isn’t on her mind at all. If your eyes are straight across like hers, you’re a natural and down to earth type of woman. 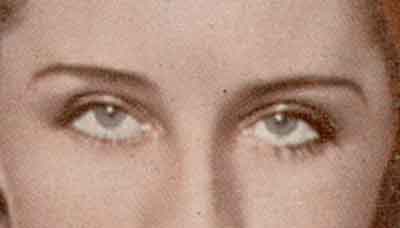 Are your eyes medium sized, rather than large, with narrow pupils and clear irises? Then, like Norma Shearer’s, they show great ambition and independence. 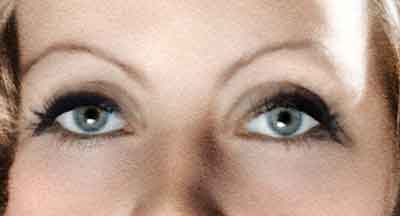 Not many have eyes like Garbo – mysterious or sparkling, as she wills. Her straight lids indicate a frantic longing to express herself. A simple raise of a lid slays men – ans women – by their thousands. 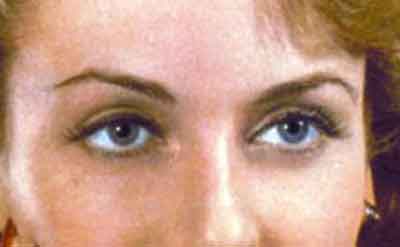 Your eyes do not have to be “veiled” to be enigmatic. Consider Carole Lombard’s dewy expression – utterly passive, but as full of mystery as the night. 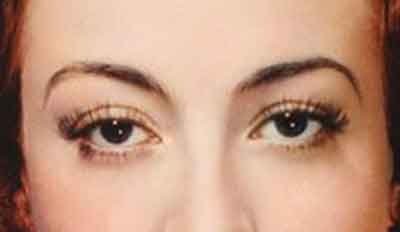 If you have blue eyes, but extremely dark irises – like Joan Crawford’s – you are intensely emotional, determined not to fail anything you attempt. But despite your ambition you have a large warm heart. 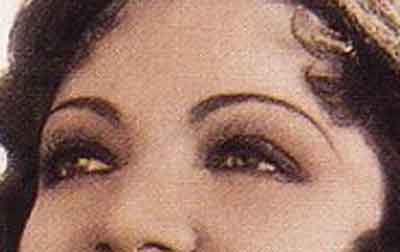 Claudette’s brown eyes reveal intelligence and deep concentration. Far apart, and with one eye quite famously different from the other, they also reveal wisdom and warmth. 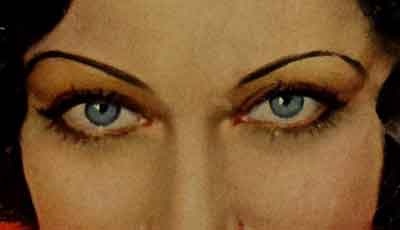 If you have almond shaped eyes like Gloria – which are rare – you aim to please everyone, and you also aim to get whatever you may go after. You have the ability to bewitch anyone whom you choose. 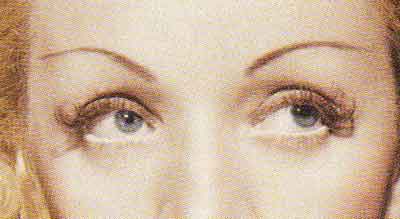 If you have eyes that are “perfectly relaxed” like Miss Dietrichs – you also have people guessing. her curved eyelids reveal her secrets. 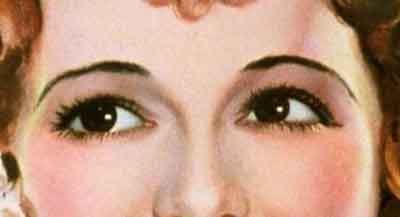 Miss Gaynors eyes reveal a dash of wistfullness and sweet girlishness thrown in. If you study her twinklers closely you’ll notice that they do not match. If her left eye was like her right, she would be entirely the Janet of our dreams. If her right eye matched her left, she would be Hollywoods most dazzling sophisticate.

Thanks to the Media History project.