“She was magic. In a way she was the cheapest model in the world – you only needed to shoot half a roll of film and then you had it” – David Bailey on Jean Shrimpton. 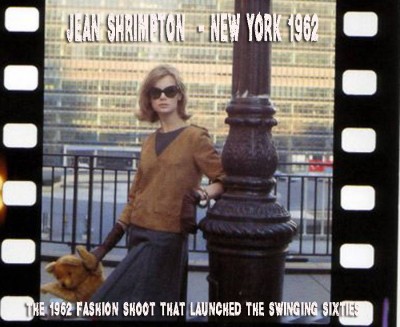 When British Vogue photographer David Bailey and his unknown protege model Jean Shrimpton, flew over to New York on a chilly  January in  1962 accompanied by their nervous fashion editor Lady Clare Rendlesham – the resulting offbeat and often gritty images of the young “Shrimp” as she was soon to be known, took the American fashion world by storm. 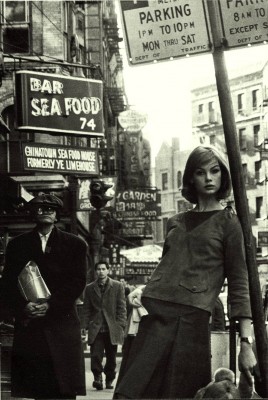 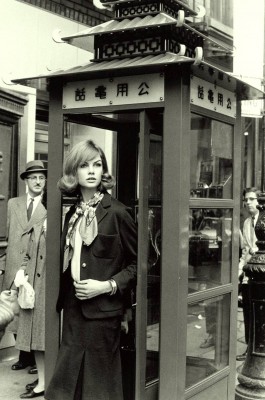 The photographs – with their British kitchen sink realism marked a major departure from the 1950s glamour photography which typified the fashion magazine scene at the time. 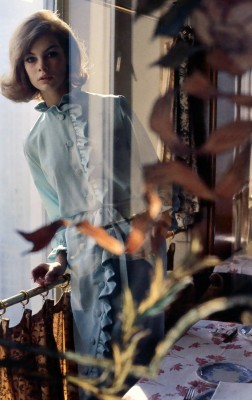 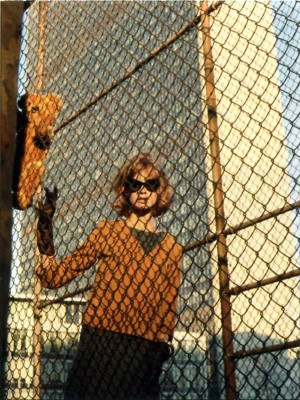 It was Baileys second photo shoot with Shrimpton (a graduate of the Lucie Clayton Charm Academy)  and when he got the New York job, he had to fight tooth and nail to have the unknown and unproven young model accompany him. 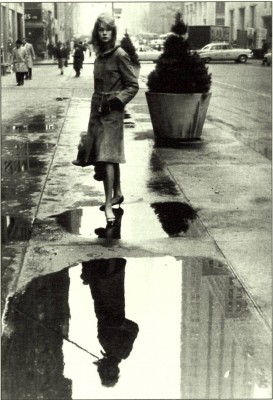 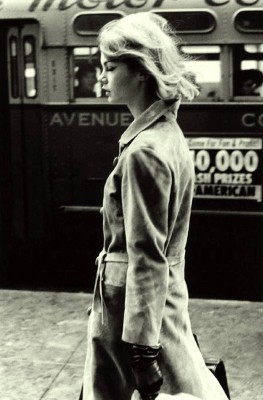 Despite the tension between Lady Rendlesham and Bailey ( his cockney humour and in-your-face attitude did not amuse apparently) – he got his way. 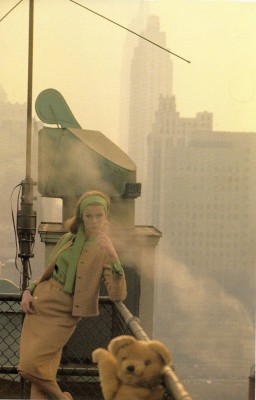 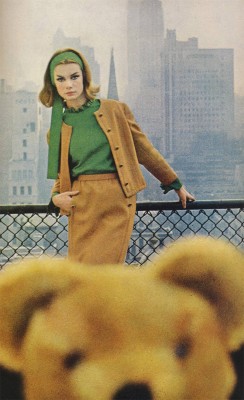 His on going affair with Shrimpton – helped fuel their mischievousness, as they stole off daily to the excitement of Manhattan, Harlem, Chinatown and Greenwich village. The fact that it was so cold – “the cameras stuck to my fingers,” said Bailey – only added to the realism of the resulting images. 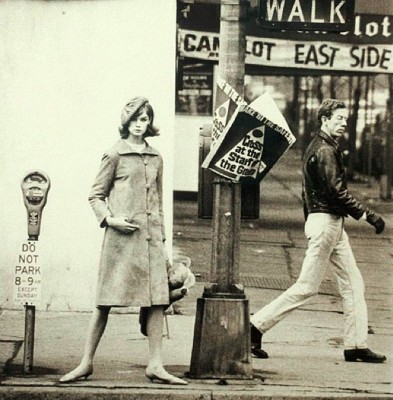 Instead of using landmarks like the Chrysler Tower or the Statue of Liberty, they chose shooting galleries, and pagoda covered restaurants in a dirty wet street reportage style – which have gone down in fashion photography history. 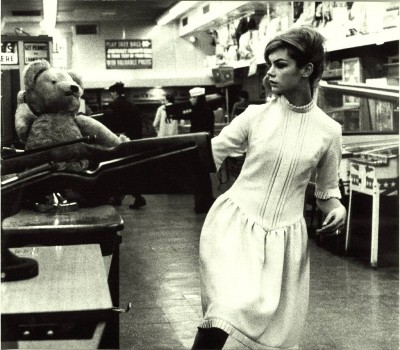