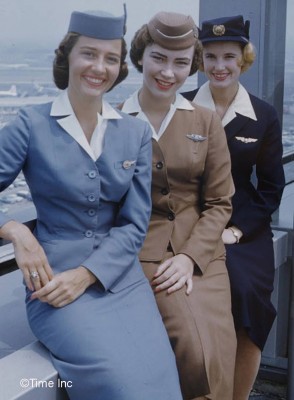 In 1958 – Life magazine went to Stewardess School in Dallas Texas, and offered a revealing insight into the training, deportment, beauty schooling and sisterly camaraderie which resulted.
Photos by Life Photographer Peter Stackpole.
“The rather odd education that the girls get in these images is preparing them for one of the most coveted careers open to young women today. They all want to be airline stewardesses. 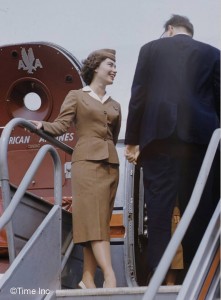 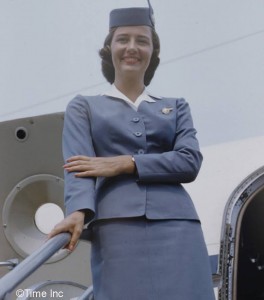 The job they want does not pay very well however – only $255 to $355 a month!!
The life is irregular and the opportunities for promotion are small. But the chance to fly, to see the world and to meet all sorts of interesting people – mostly the kind of men who can afford to travel by plane – gives the job real glamour.
In the US – airlines employ 8,200 stewardesses. The positions are so eagerly sought that only three to five out of every hundred girls who apply to major airlines are taken. 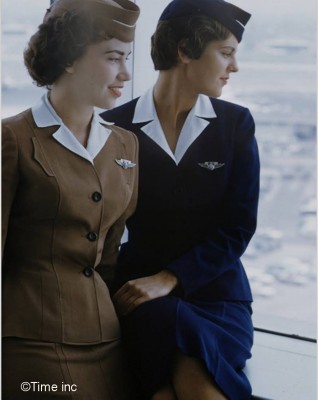 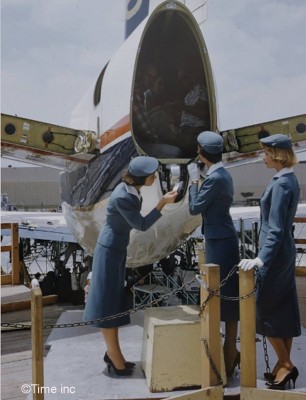 To qualify – a girl has to be between 21 and 26 years old, unmarried, reasonably pretty and slender, especially around the hips, which will be at the eye level of passengers ( Ed – i.ie male passengers). She should have completed High School, be poised and tactful, have a good disposition and pleasant speaking voice. 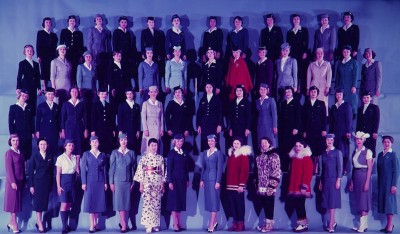 To learn to be a stewardess she goes to a special school for about six weeks. Despite the glamour of the work, most of the girls resign after about two years – usually when they get married, which is sometimes to pilots or passengers, but in most cases they marry men they knew back home. 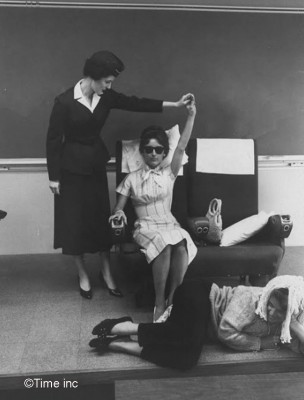 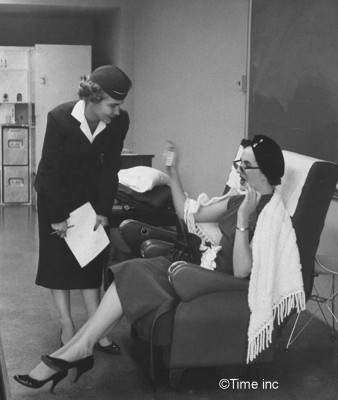 Above – Two typical situations – a blind woman is shown air blower by trainee Carol Mazuzan. and dealing with a stroppy celebrity who has asserted her importance.

To train their girls the major airlines maintain special schools. American Airlines is a plush 21 acre layout between Dallas and Fort Worth Texas – where 500 girls are trained each year. 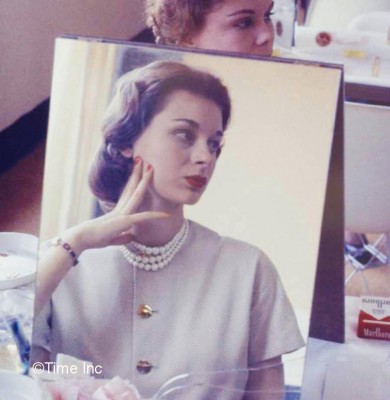 The first thing a girl does at school is to get to look like a stewardess. She has her hair cut to the company standard – it must not come below the collar. She takes refresher courses in make-up, posture ( walk erect and sit like a lady). 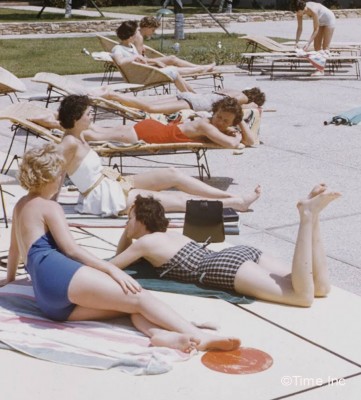 Beside the pool at American school gives trainees a chance to relax and tan.

Then she settles down to study aircraft familiarization, passenger service equipment and the whole psychology of serving passengers. 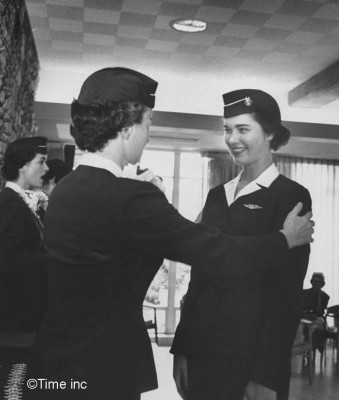 At the end of five and a half weeks – the girls put on their uniforms for the first time and march off to a graduation ceremony, where they are awarded their wings. 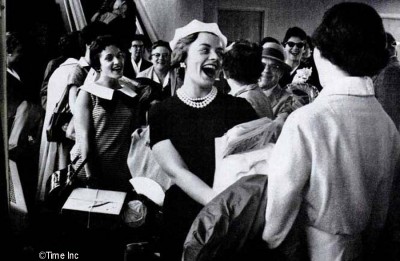 Noisy farewell for new stewardesses at Fort Worth’s Amon Carter airport as girls await planes to take them to their new careers.

Then – without time out to rest – they fly off to their new careers.
By this time a stewardess has learned everything from emergency evacuation, helping passengers in difficulty and in her brief career she will be in the air for some 1900 hours. will help 15000 passengers, serve nearly 8000 meals, make 3500 take-offs and landings and fly 600,000 miles – most of it over terrain that she will be too busy even to look at!

But there was always those lovely breaks between flights ! 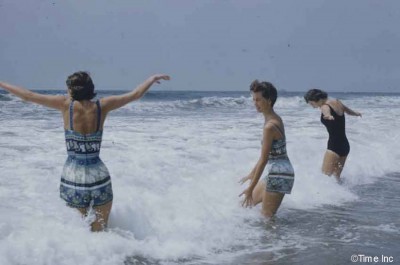