“I have seen flames around the plane and there seems to be nobody alive.”
Out of far west vastnesses eight thousand feet above the Nevada-California line, came a witness’s horrified sentence, blasting out the shocking news. 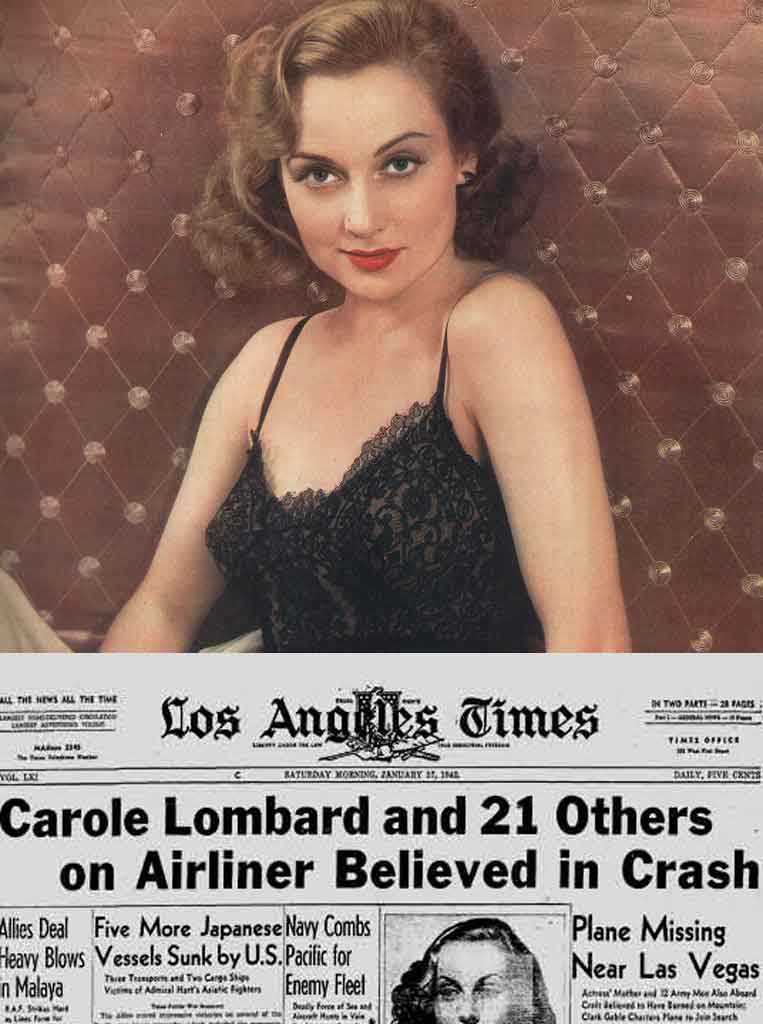 On that plane were 15 soldiers. Carole Lombard, her mother Elizabeth and her press agent Otto Winkler.
Flickering across the whole world went an incredulous, heart-aching cry, “Carole Lombard can’t be dead!” 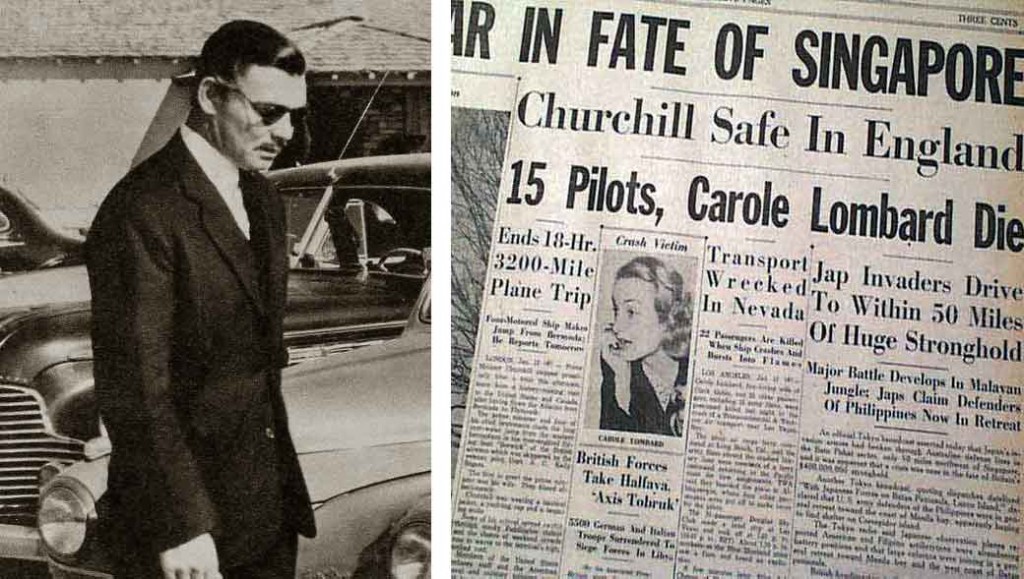 It just wasn’t possible. Death and Carole didn’t make sense. A big white faced man battered through a crowd of people who tried to stop him from smashing his way up the impenetrable mountain to prove ti wasn’t so. Clark Gable, a face and a name known to every person in the country, was ashen faced, and a terrible sight to see. His anguish was heartbreaking.
His friend and actor David Niven was among those by his side earlier as the list of names that ticked out of Teletypes came on line. “Mrs Clark Gable, Hollywood, California. 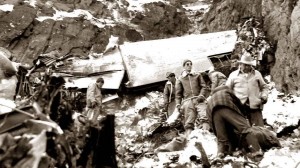 President Roosevelt sent a wire that evening, and Hollywood fell silent.
Carole was Hollywood. At the smartest parties, a blonde beauty, always magnificentl dressed, swaggering, assured. Surely she would emerge from the wreck, tossing her golden hair and laugh, stretching out her hands to her husband. It just can’t be true.

It was the marriage that everyone in their hearts knew was for life. These two truly loved each other. What a cruel twist of fate that they should be torn apart.”

A well researched biography Fireball – by Robert Matzen revealed that Lombard need not have taken that fateful flight 3 – was advised against it because of the weather, and was begged by both her mother and her press agent,( who both subsequently perished with her) not to take the flight.
Carole and Otto Winkler, her agent, finally tossed a coin – heads to fly, tails to take the train. Carole won the toss and on a cold January morning at 4am in Indianapolis – along with 15 soldiers ( it should have been 18, but Carole’s Hollywood clout replaced three soldiers who subsequently did not die in the crash.) they flew off into oblivion.

Why was Carole in such a hurry? The story according to David Niven – who wrote of it many years later in his biography “Bring on the Empty Horses” – was that Clark had reputedly had an affair with Lana Turner – and Hollywood gossip being what it was – it led to an almighty row between Gable and Lombard before she left on her War bond tour.
Niven insisted that the rumour was false. Several wires later – the couple had made up and Carole was determined to get home as fast as possible. The day his wife was due home, Clark had a mannequin placed in their bed chamber – dressed in a flouncy nighty and bearing more than a passing resemblance to Lana Turner. “They regularly played practical jokes on each other” according to Niven.
Tragically – the day played out differently.