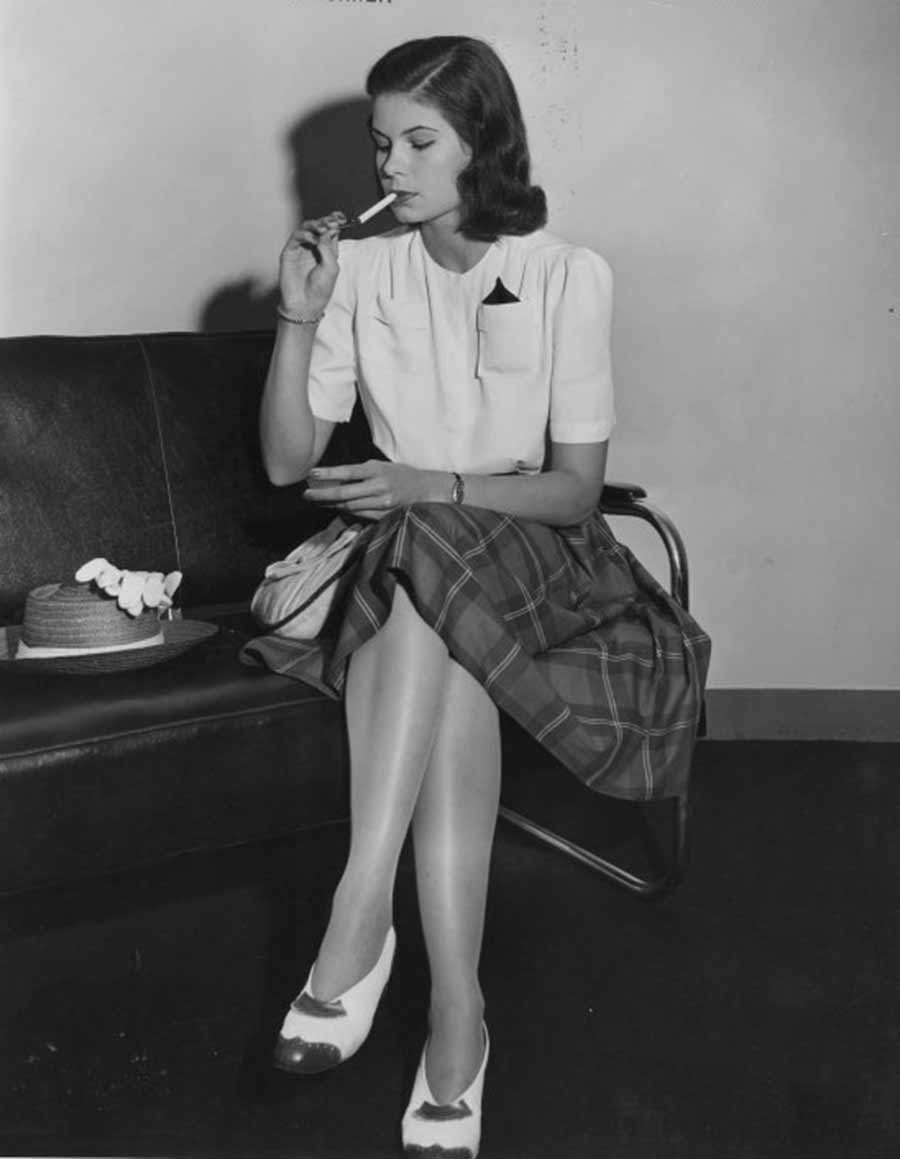 Our final look through the collection of fashion photos taken in the Fall of 1939 at the New York Worlds Fair.The 1930s was now paving the way to a 1940’s style of shorter hems, pleated skirts, boxy suits, updo hairstyles, and a more pronounced and confident make-up look. 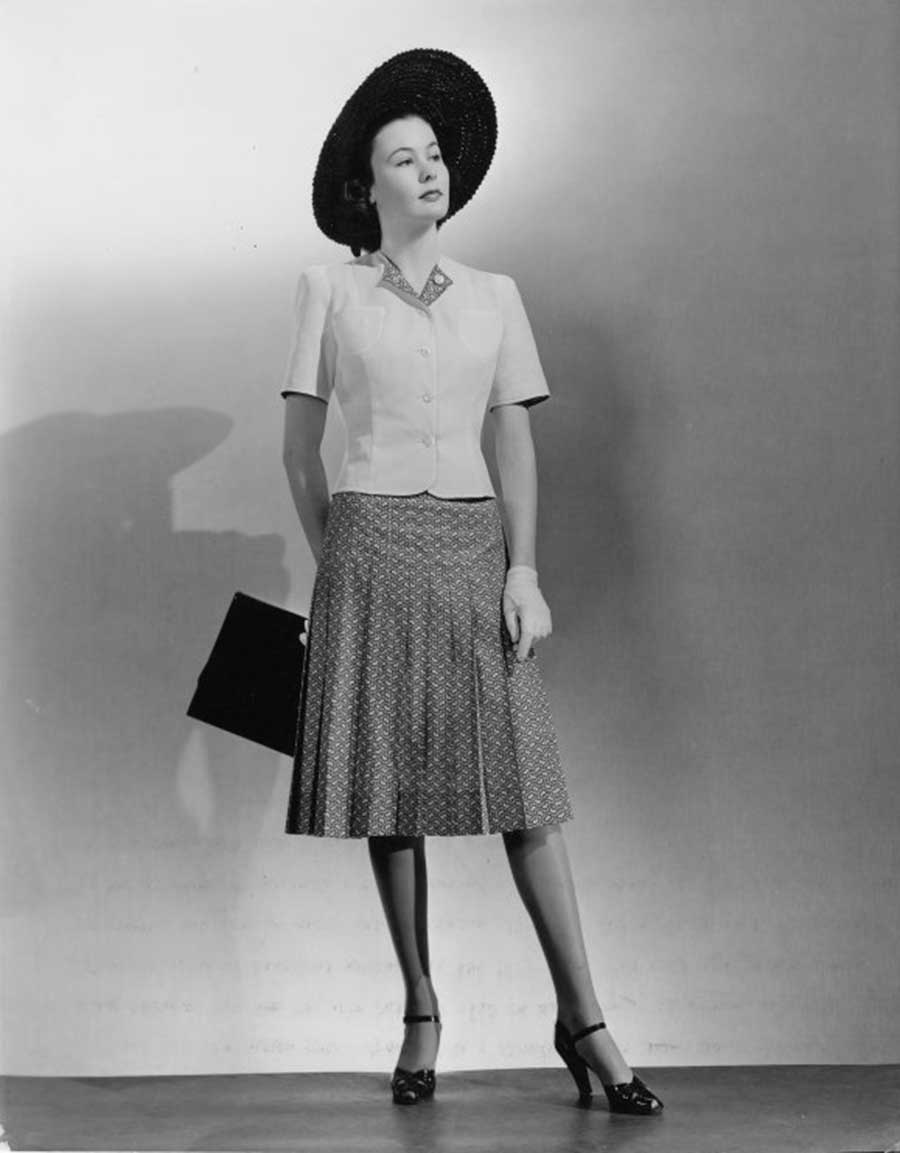 the new sharp tailored look of tunic and frock. The hats are still wide but will be replaced by turbans and box hats within a year

The absolute must for any fashionable woman by the end of the 1930s were a pair of summer pants. Oddly enough the ‘trousers’ look was not so popular in winter time.

Thanks to the success of Gone with the Wind – the snood became a highly desirable headdress – though not entirely useful as most hair length was now no further than shoulder. The snood in the 19th century held up hair that went all the way down to a girls waist.

A higher pleated skirt and boxy shoulder pads made for a blend of feminine and masculine and became the staple silhouette until the end of the war.

In just one short decade, the image of the beach woman at been transformed thanks to Hollywood. She was now athletic and slim and revealing with fashionable play-suits and bathing costumes

Three young women primp themselves before a fashion show at the New York Worlds Fair held in the Fall of 1939 in the eve of the war.