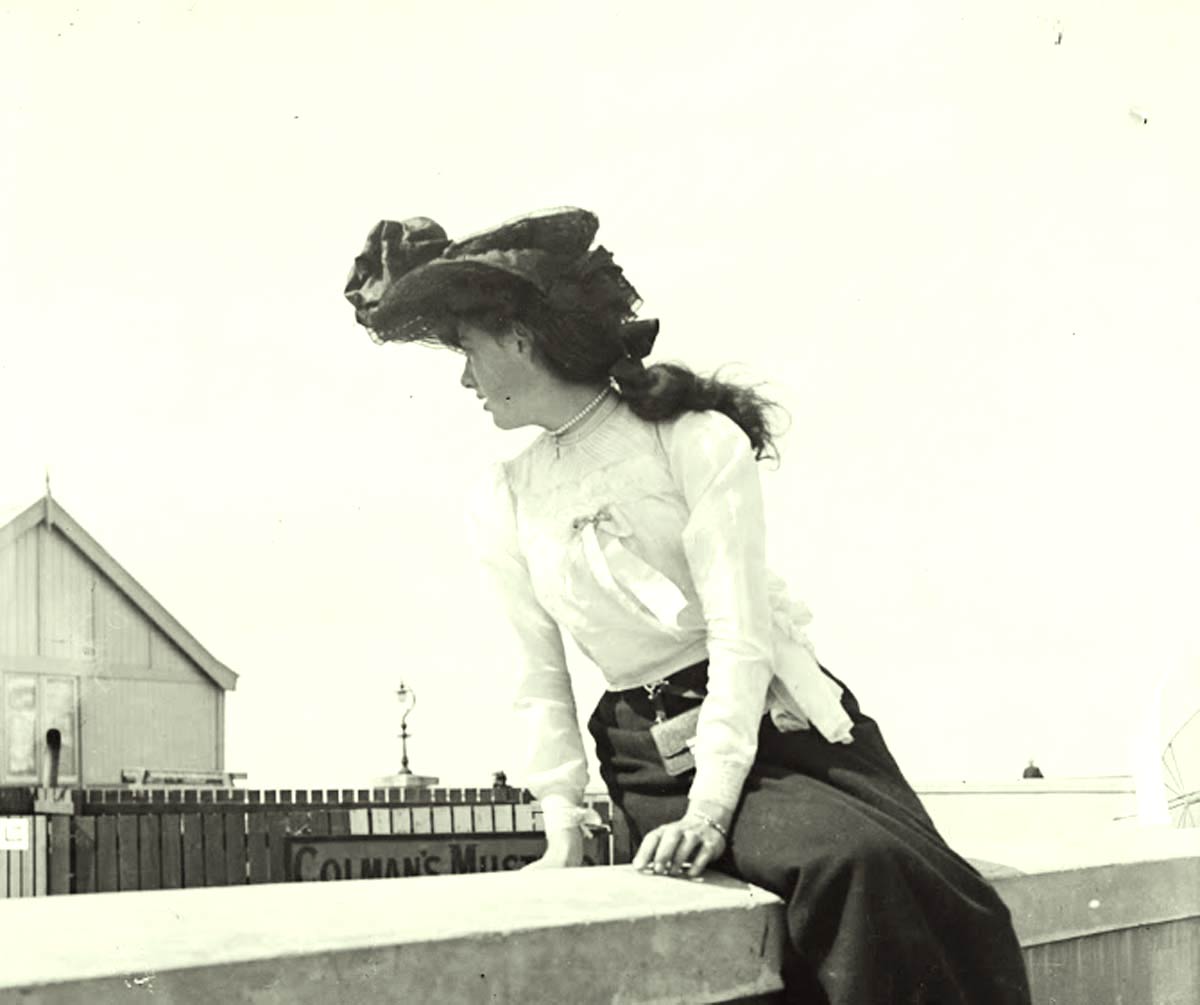 Overlooking a train track, judging by the mode, this was taken no earlier than 1904

Medical student J.J. Clarke took these photographs in Dublin between 1897 and 1904. Visit the National Library of Ireland online to view the original source files. 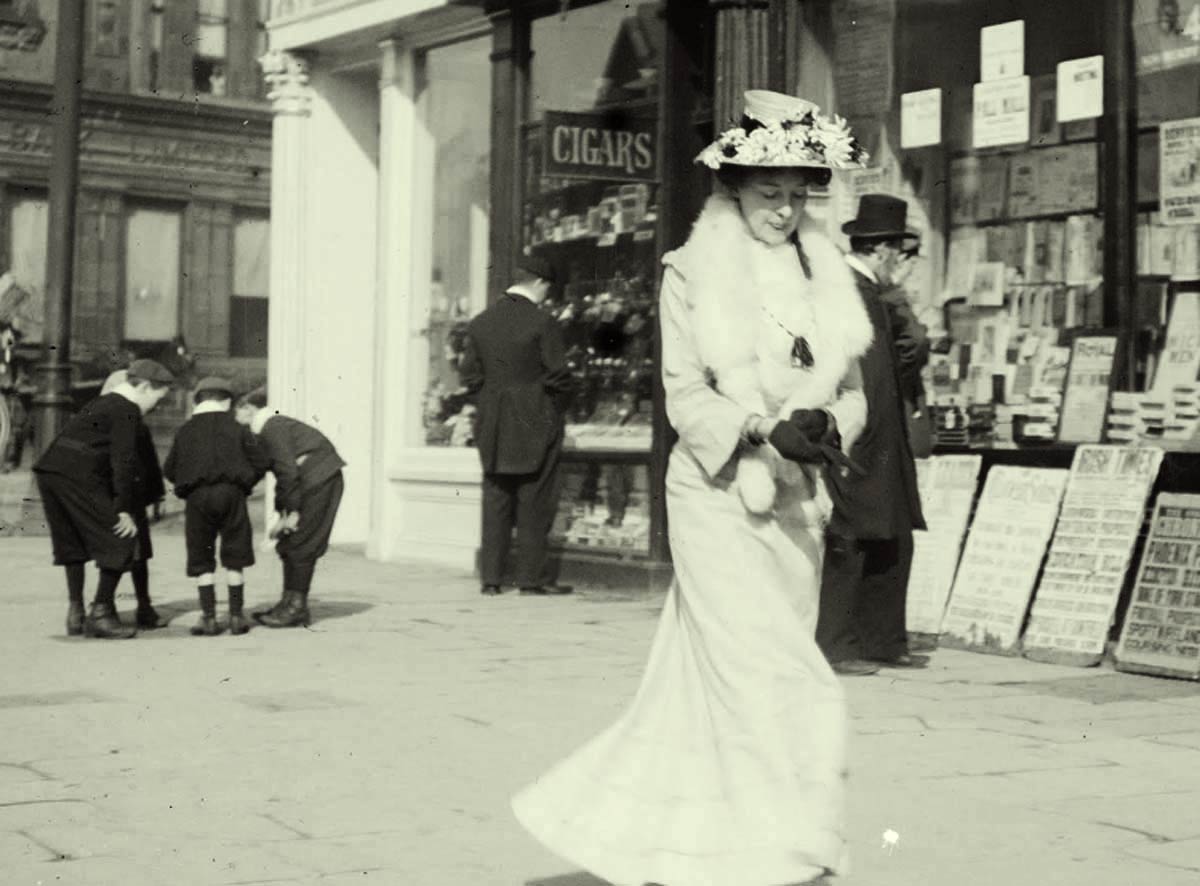 Love this photo, taken on O Connell Street ( or Sackville Street as it was known then. ) The boys to the left almost steal the photo from the fashionable young woman. Again, judging by her mode I would put this around 1904 or even later. 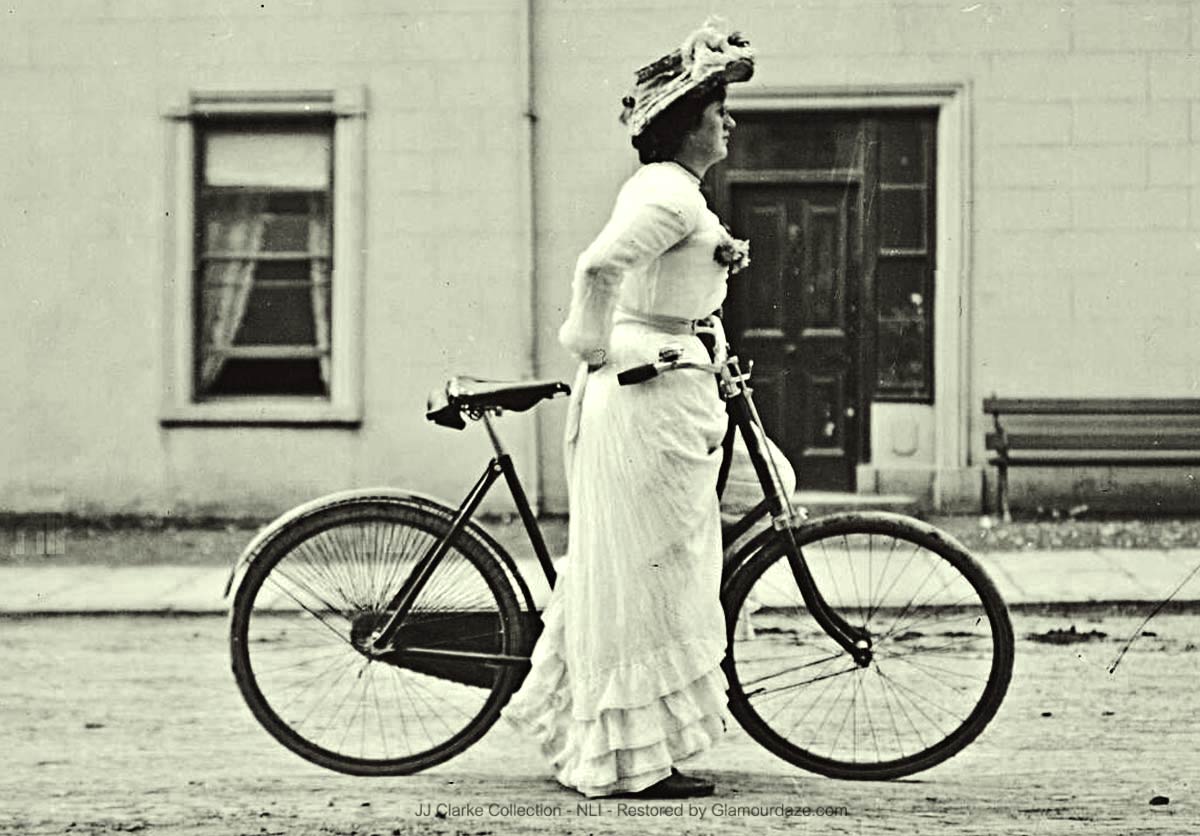 All whites were popular when spring rolled round, on Sundays or bank holidays. A woman would don a pretty bonnet adorned with flowers and meet up with friends in St Stephens Green. This looks about 1903 or 1904.

Unlike the usual studio portraits of the period, these photographs seem almost modern, with the young photographer concentrating on people in motion, going about their day, rather than panoramic shots of buildings or backdrops.

Two-women leaving Sibley-&-Co’s Book store on Grafton-St- Dublin. This looks more turn of the century by the length of the skirts.

Clarke’s photographs remind me a little of the recently uncovered photos of Edward Linley Sambourne, though Clarke’s appear to pre-date Sambournes by a couple of years. Like Clarke, the Sambourne photos were taken in a photo journalistic style.

The NLI has partnered with Google and Yahoo and you can find some of these un-restored prints in their digitised collections on Flickr and on Google Cultural Institute.
The Clarke Collection was originally curated by Gràinne MacLochlainn, Assistant Keeper, National Library of Ireland.

Young woman walking through the gates of Leinster House ( now housing the Irish Parliament). Taken 1900 to 1904.