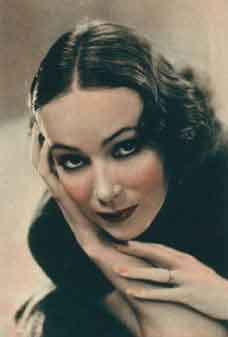 Dolores Del Rio adorned the covers of most fashion and movie magazines in 1935 – she was considered one of Hollywood’s smartest dressed actresses and was considered the best example of “the tailored trend”
Here are five reasons why! 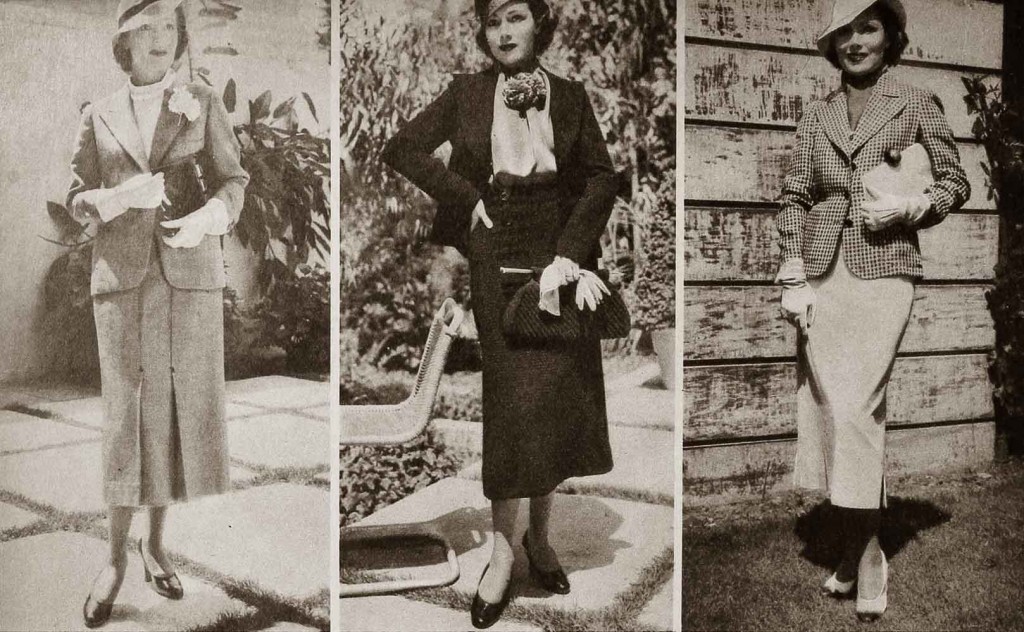 Travelling Suit – a gray “taillur” of the same hardy material as a mans suit. 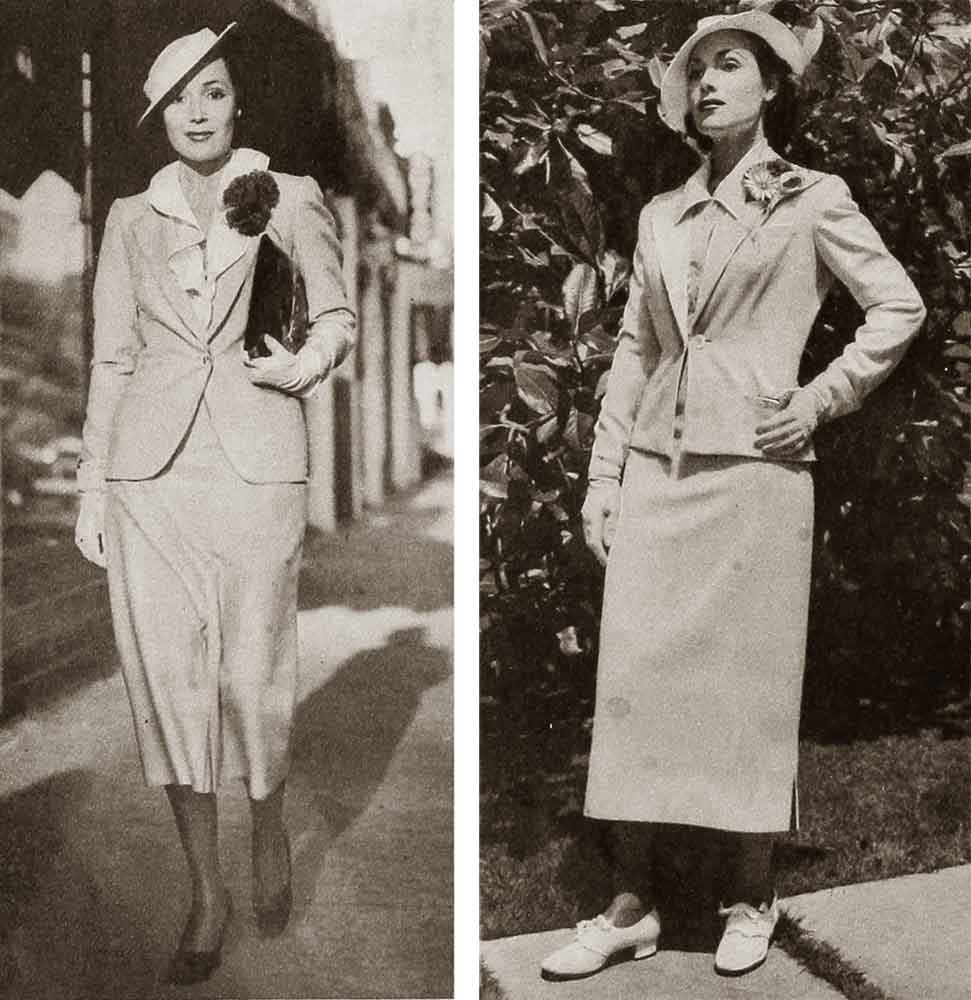 Luncheon – a white serge pin-striped in blue, with a feminine ruffled sheer blouse.

Garden party – a rhapsody in tailored white, with a gay field-flower boutonniere.