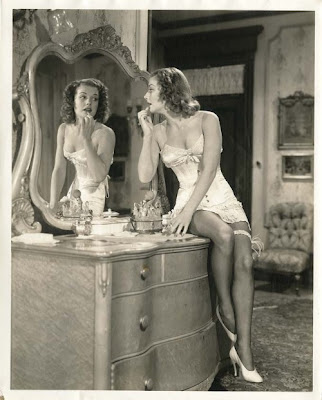 In the 1930s, the stars of Pre Code Hollywood dictated the body shape. The escapism that Hollywood offered drew huge audiences and many women and men were captivated by a new generation of sex idols, such as Marlene Dietrich and Jean Harlow.

The bosom was captivatingly emphasised by Hollywood with careful fitting over the bust together with the appearance of the bare back.The Pre code era was actually a bit of a misnomer,as there was indeed a code in place,but the studios just ignored it until the infamous Hays Code was finally enforced in an increasingly conservative leaning USA.This period always has a fascination to me!