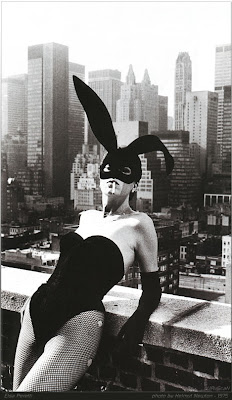 Helmut Newton’s growing reputation as a fashion photographer was rewarded when he secured a commission to illustrate fashions in a special Australian supplement for Vogue magazine, published in January 1956. He won a twelve-month contract with British Vogue and he left for London in February 1957, leaving Talbot to manage the business. He left the magazine before the end of his contract and went to Paris where he worked for French and German magazines. He returned to Melbourne in March 1959 to a contract for Australian Vogue.

He settled in Paris in 1961 and continued work as a fashion photographer. His works appeared in magazines including, most significantly, French Vogue and Harper’s Bazaar.