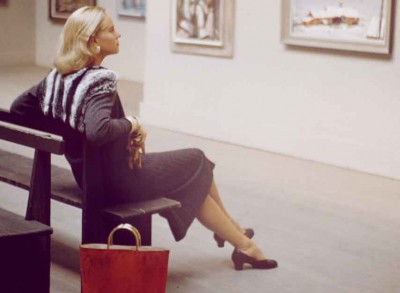 Because the term suburban has long been associated with the unfashionable country mouse, US clothes designers up to now have focused instead on the more promising city slicker. 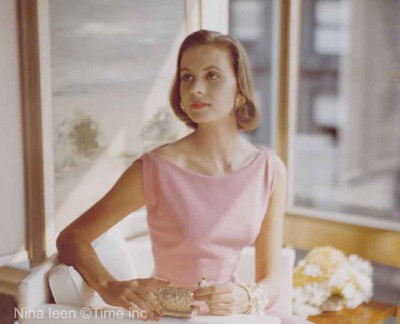 But with 30 million Americans living in the suburbs and with incomes 70% higher than the US average, this notion has changed abruptly. Rugged tweeds are now being seen in coats and the phrase ” town and country” is on every fashionable girls lips, when it comes to creating her winter wardrobe this season. 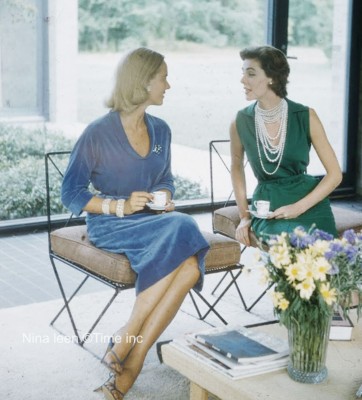 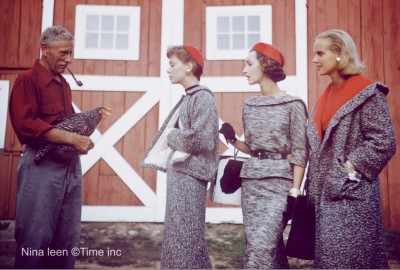 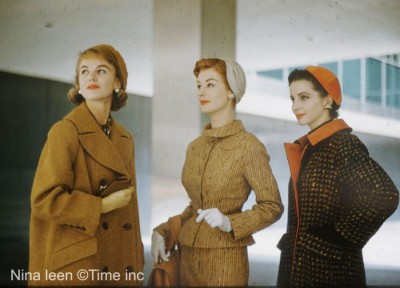 City Tweeds, the tawny colors of autumn in the country, are gracing the silver steel ramparts of Manhattan. They include pumpkin colored overcoat ( Traina-Norell,$395) worn with matching felt beret ( Emme,$40), fitted suit with slim skirt ( Hattie Carnegie,$335) and coat with velvet collar ( Jane Derby, $295) made of fabric in racetrack checks! 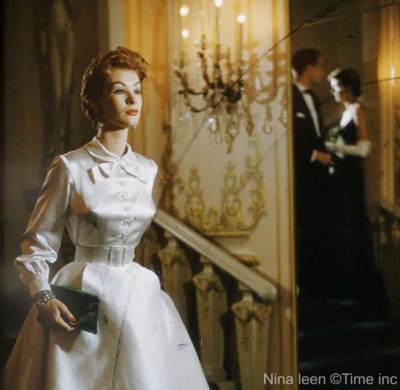 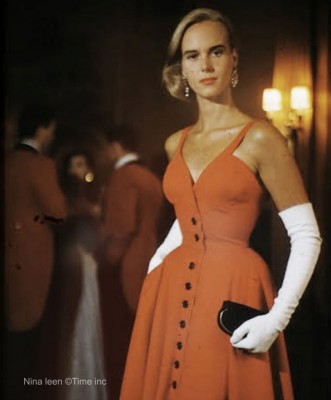 Informal Gabardine dress, traditional fabric of hunter’s pink coat, is used for a simple but highly formal dress ( Galanos,$295) worn with dangling earrings, long white gloves for that hunt ball in the country ! 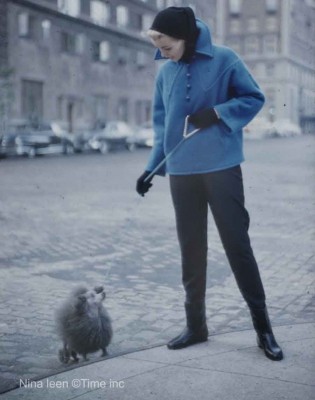 Bright Pullover is shown with tapered trousers ( $60 by Brigance) to walk city poodle in early mornings. Wool knit cap ( Madcaps) has tail to wrap around neck.