The Inside Story of a unique Hollywood actress Carole Lombard, and her enduring friendship with costume designer Travis Banton 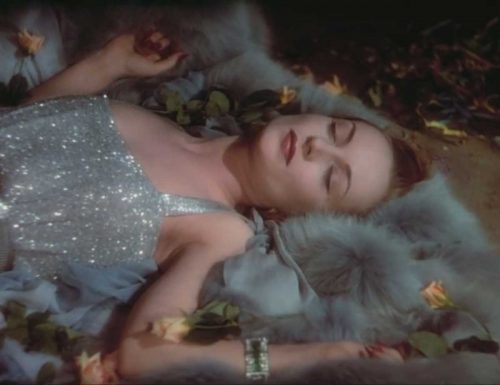 Trials and Tribulations of a Costume Designer

Part Two of the Inside Story from the great Hollywood costume designer Travis Banton and how he helped some of Tinseltown’s’ most glamorous women find their style, and more so, influence fashion trends across the globe.  In 1936, Travis Banton revealed to the movie going public some of the trials, tribulations and triumphs which he experienced since his arrival in Hollywood in 1924.

The women in a Hollywood designer’s life are the most beautiful in the world. But sometimes Banton wishes they weren’t.
Banton will tell you that when a woman’s loveliness veers toward perfection, her gown designer’s nerves veer toward crack-up.

But not so with Carole Lombard. Banton declares he never writes down his appointments with Carole because he can literally hear her leave her dressing-room ( two blocks away) and trace her noisy approach across the lot to his fitting room by the increasing clamor.

When Carole Lombard arrived on set

His first warning is the echo of a gay whoop ( that means she is closing the door of her suite and saying good-bye to Gary Cooper or such). From that point the noise gathers into a crashing crescendo as Carole charges up the wardrobe stairs and finally catapults into the fitting rooms. “As she tears her way in, she is already ripping of her blouse in a paroxysm of impatience to get into one of my new gowns!”

While she is disrobing and climbing into an unfinished costume, a volley of happy yelps and squeals reverberate through the closed door to Banton, as she wriggles with ecstasy over her new frock.

“She is a delight!” says Banton. For six years Banton has heard this gratifying shriek each time she surveys herself in one of his dresses.
“It’s divine. It’s too divine. I can’t STAND it. I’m so divine in it! Teasie, dear ( her pet name for Banton), come quickly and see how divine I look!”

Bedlam that is music to Banton’s ears. Carole puts more blind faith into his ability to dress her than any other star ( not excepting his gallant admirer, the wonderful and late lamented Lilyan Tashman). She refuses to look at a sketch or discuss what she should wear in this scene or that. Every trip to his fitting room, whether for screen or personal clothes, is redolent with surprise for Carole. When her stock of frocks runs low she will leave a scribbled note in Travis’s desk similar to the one I saw there the other day.

It read:
“Teasie, dear: I need the following and how: Three evening frocks, three dinner things, four dresses to go under my fur coat, two suits with matching topcoats, two pajamas, one hostess rig. And for heaven’s sake don’t let Fieldsie know ( Fieldsie being Madalynne Fields, her efficient secretary who holds on to the purse strings, or tries to). And don’t ask me what materials or colors I prefer. Just go ahead and go fast darling. Carole.”

Along with her superb figure Carole has something Banton contends that few women on the screen possess, a thing called “clothes quality.” She has the uncanny gift of shrugging herself into any gown, giving it a pat and a twist and the effect is immediate and devastatingly chic. She handles her body in some mysterious manner that transmits a gripping importance to every costume she wears whether a gingham house dress or a gown of silver cloth.

The relationship between Travis Banton and Carole Lombard can be summed up, I believe, in the following words, Banton himself whispered to me one evening when he arrived many hours late for a dinner party being hosted in his honor.

” I knew I’d be late, but I was fitting Carole and we were having such a swell time I wouldn’t have left early for a hundred quests. You know sometime I think I ought to pay Paramount for the privilege of working with that girl. It has to be wrong for taking money for so much sheer pleasure!”

Evolution of a Carole Lombard Dress – by Travis Banton

1.Carole Lombard approves the sketch Travis Banton shows her and the fun begins

2.A form in size thirty four is used, marked with Carole’s name, on which to first drape the costume.

3. Sheer pink crepe is stitched on frames and tiny beads are applied, one by one, in the pattern Travis has drawn.

4. The final fitting, Carole likes the close fitting glittering sheath and appreciates the tireless efforts of the workers who have attached every individual bead, singly.

Very few of the great costume designers are remembered now with the same deference as the haughty Paris couturiers of that period. But back in the 1930’s it was a very different story and one name was certainly familiar to any woman who took a keen interest in the fashion world and that was Travis Banton .

Like Gilbert Adrian, Orry Kelly and later Edith Head and Helen Rose,  Banton’s designs played an integral part in the narrative of many of these movies. There are few parallels to be found in today’s entertainment world.