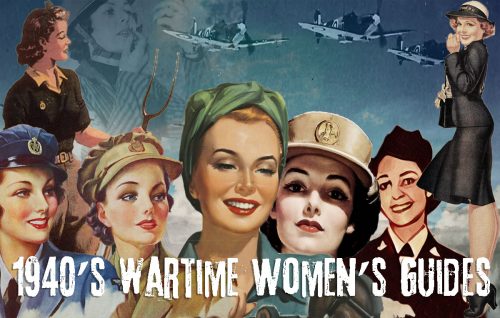 Glamourdaze are delighted to unveil our 1940s Wartime Women Guides Pack.
What was it like to be a woman serving in the Allied forces, and on the home-front during World War Two?
Well, now you can find out in a real nostalgic trip back to the halcyon days of the 1940s. Download these bumper WW2 Women Memorabilia packs direct to your device.

Watch the promotional video below:

You can get each pack separately or the whole bundle together – which includes bonus wartime beauty and hairstyle guides.

In the 1940s, women played an integral role in both holding down the fort at home while courageously serving in the war against fascism. The 1940s Wartime Womens Guides Pack takes us back in time for a fascinating insight into the feminine mind, during World War Two.