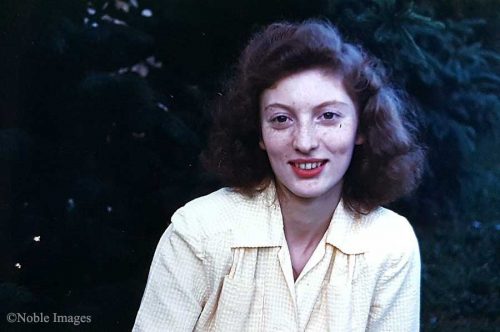 There is an era captured in photography which engenders more nostalgia perhaps than any other in the 20th century and these are the Kodachrome years. Kodachrome film was a 35 mm film or transparency containing three layers producing the primary colors. Like their black and white counterparts, the emulsion coatings were black and white.

It was in the processing lab that the magic happened.The sharper contrasts, the richness of color and a unique treatment of light made these photos almost magical at times. When it comes to capturing women’s fashion of the 1940’s in this posts case,  it was matched only by its counterpart Ektachrome, also produced by Kodak for home developing by professionals and amateur enthusiasts.Its most popular format 35mm film and slide transparencies, and you can still dig up some real treasures by hunting on Ebay.

That’s all !
©Glamourdaze.com 2017
See Straight out of the 40s for more Kodachrome Girl Fashion.