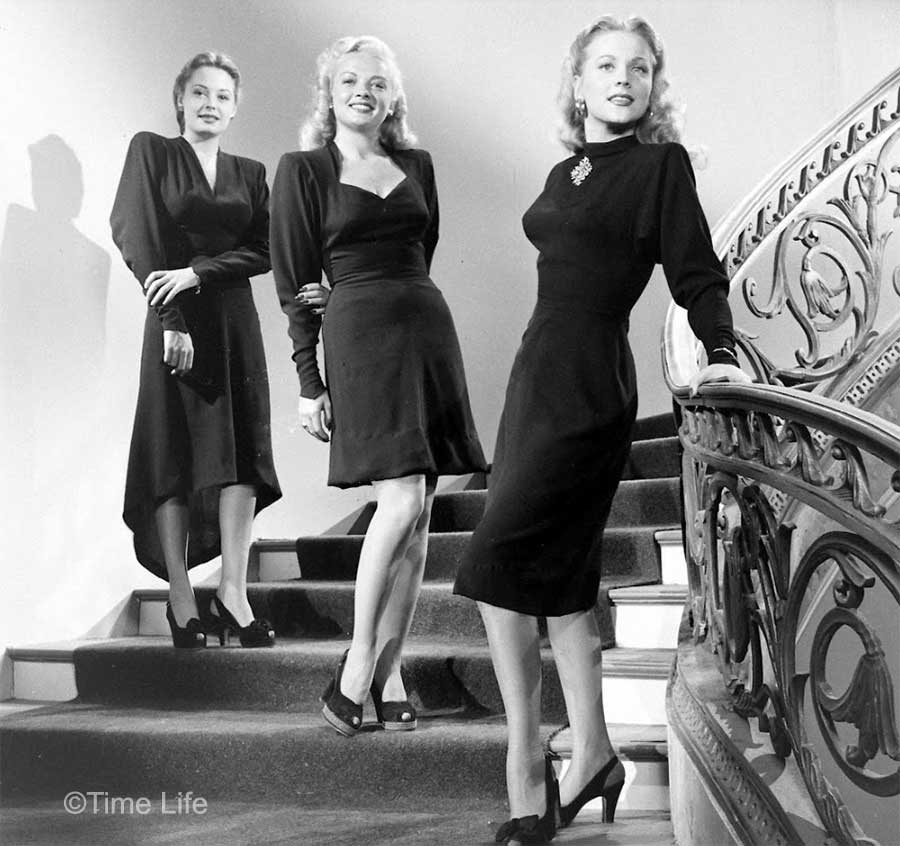 Usually the sign of a depression? An uneven hemline with a back slip, is clearly a sneaky device to trick women into longer skirts. This device was last used in 1927. Skirts had gone knee high in the flapper era. Soon they began to dip in the back. These high-low skirts were quite popular, but gradually the front was lengthened to even out the hemline and hey presto by 1930 skirts were almost down to the ankles!

Now, when skirts are up to the knees, hemlines are beginning to slip again.
Last week in Washington, the Civilian Production Administration was confronted with the longer hemline. Having kept skirts short to save material, the CPA was under pressure to allow another inch on daytime skirts.

As the CPA pondered, it received a jolt from the Department of Agriculture report which showed that lengthening skirts have always presaged financial depression.