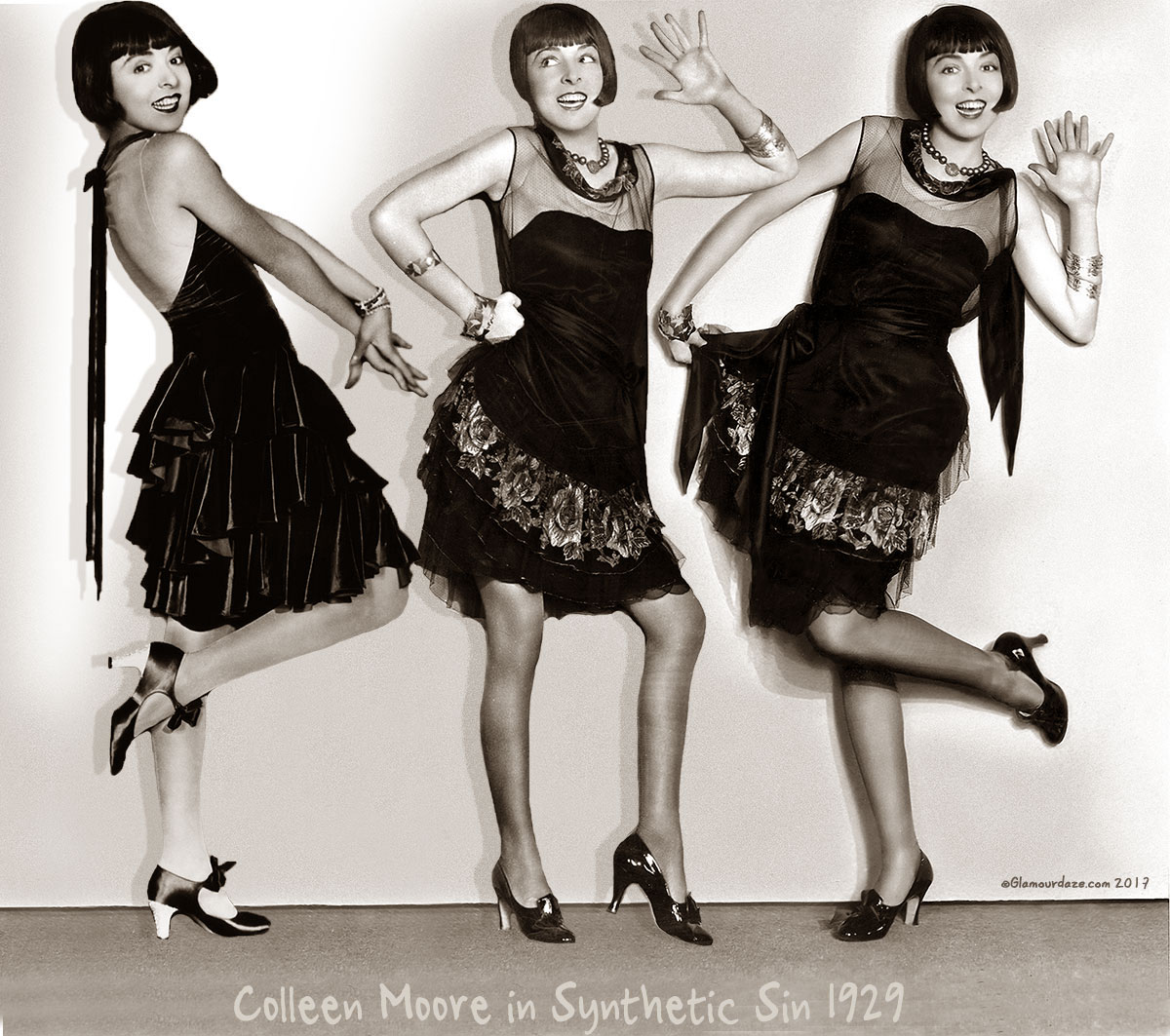 “What normal healthy girl doesn’t like to be both smart and naughty !” Colleen Moore 1922

One day, not so very long ago, Colleen Moore and I had lunch together. I don’t suppose I ever met anybody so enthusiastic as Colleen. Even about the subway, where Colleen spent much of her visit getting lost !

Flappers came up in conversation, I mean – and I found Colleen as enthusiastic for the much maligned misses as most doleful individuals are against them.

“Why,” said Colleen, with her head slightly to one side, an alert manner, sort of characteristic of a humming bird, ” Why, I’m a flapper myself !”
Colleen is twenty-one, the correct flapper age, at any rate – but somehow, until she mentioned it, I really hasn’t cataloged her as one. Flappers don’t generally do as much as Colleen Moore, and are more blase in general.

“A flapper,” Colleen went on with wisdom, ” is just a little girl who is growing up ! She wears daring skirts, out of mischief – because she thinks them rather smart and naughty. What normal healthy girl doesn’t like to be both smart and naughty !”

“Like most young women, flappers are just as old fashioned. She wants to get married and live in a cottage, but she ‘flaps’about her aspirations in the most desperately modern manner !”

“Left to her own devices she would probably dance and flirt just as girls have always done – but honest, I don’t think she’d wear her skirts so short !”

“She likes her freedom, and she likes to be a bit daring, and snap her cunning, manicured little fingers in the face of the world; but fundamentally, she is the same sort of girl as my grand-mamma was when she was young!”

“The chief difference is that the flapper has more ambition, and there are now more things for her to wish for, and a greater chance of getting them too !”

“She demands more of men because she knows more now about how they work! She uses lipstick and powder and rouge and apes her elders. She knows more of life than her mother did at the same age because she sees more of it. She knows what she wants and what she is doing, and she meets life with an eager ardent hope. She is trim and brave !”

“The flapper has charm, good looks, good clothes, intellect and a healthy point of view. I’m proud to ‘flap’ – I am !”