American women, battle-scarred survivors of the 1947 style revolution, when the New Look took over, are hearing disquieting reports from the fashion front: Having made over their figures for the New Look, was it possible that they were going to have to do it all over again?

The illustration above explains. The girl on the left is wearing the foundation for the New Look figure: pointed, emphasized bosom, pinched in waist, rounded hips. The girl on the right shows the new gamine figure on its way for 1950: slender hips, a slender behind, less pointed and less prominent bust and small waist but with no waist cincher.

Not only is Paris bringing back this almost 1920s silhouette, but American designers have produced the ‘pencil skirt’ and young girls are certainly jumping into them. But the mere mention of a return to the boyish flapper figure brought gasps from most women.

At a fashionable dinner in New York, a number of women turned out in sheath dresses, where the wearers had clearly abandoned waist cinchers and adopted girdles which pulled bum and hips in. 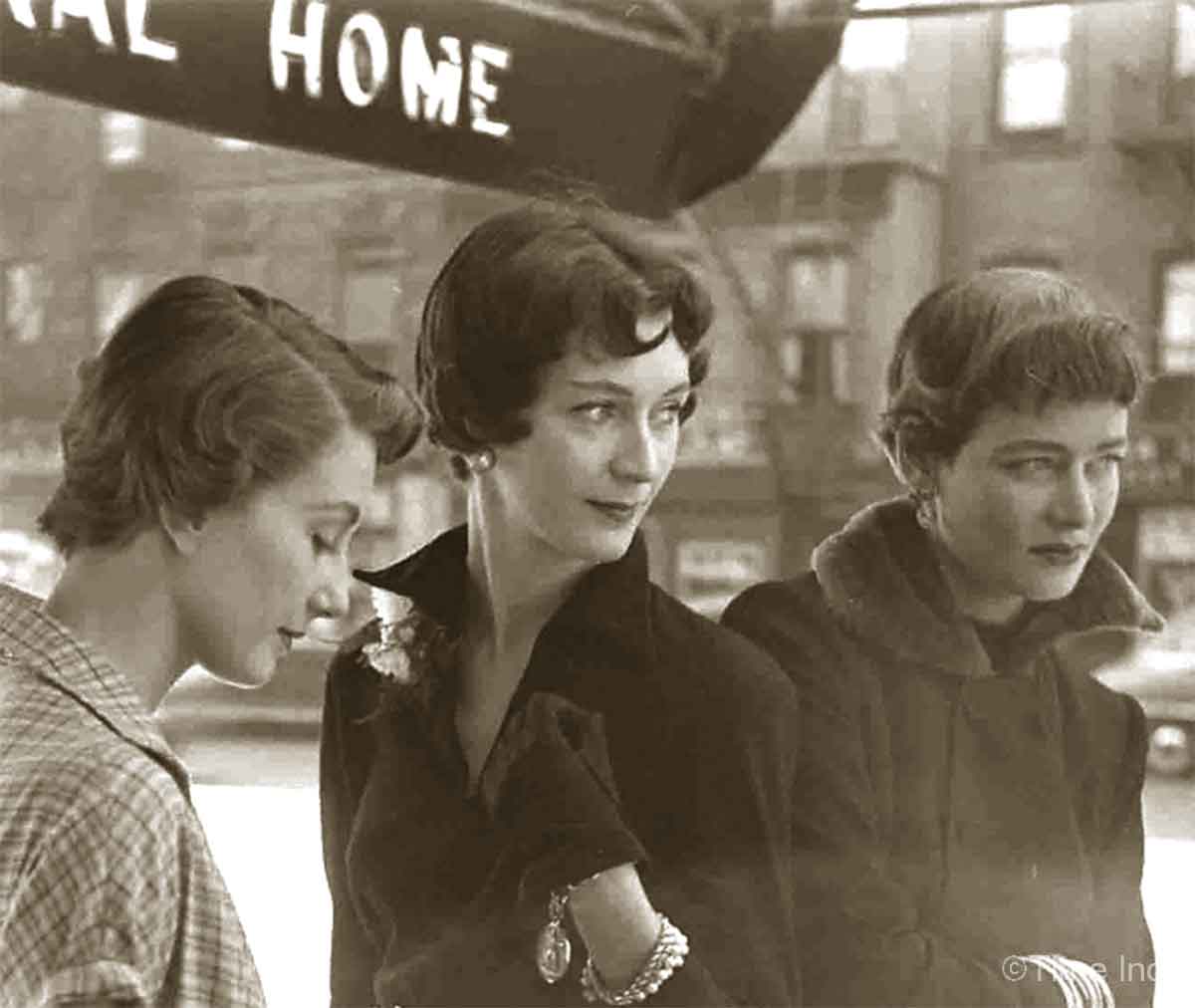 Meanwhile, another reminder of the flapper days has been the return of that old companion of the bias cut dress – the shingle !

Two thirds of the girls at a New York model agency have cut their hair to an almost boys length shingle to meet clients requirements when showing off the new gamine dresses and suits.
Harper’s Bazaar stated ” the eye now travels to the sleeve instead of the bust.”

Panic erupted when The New York Times reported that at college, girls were going all the way back to the middy blouse and pleated skirt., adopting the 1920s mode of concave chest and figure like a barn.To all American women used to convex chests and flaunting of curves, this shows how far things could go once they get started.

Glamour magazine recalled the heroines of that age ..“A girl who had IT pulled her little bucket hat down over her eyes, wore a knee length skirt and knee length rope of pearls. It was the unfettered way of dressing that kicked over all the traces.” Hemingway.

So the question remains, does the American woman need a new figure? Maybe all she needs is some slight remodeling. Certainly the French couture was giving in to american insistence on the long line of leg and thigh. I feel we can settle on some changes in emphasis and even some pleasing revivals !