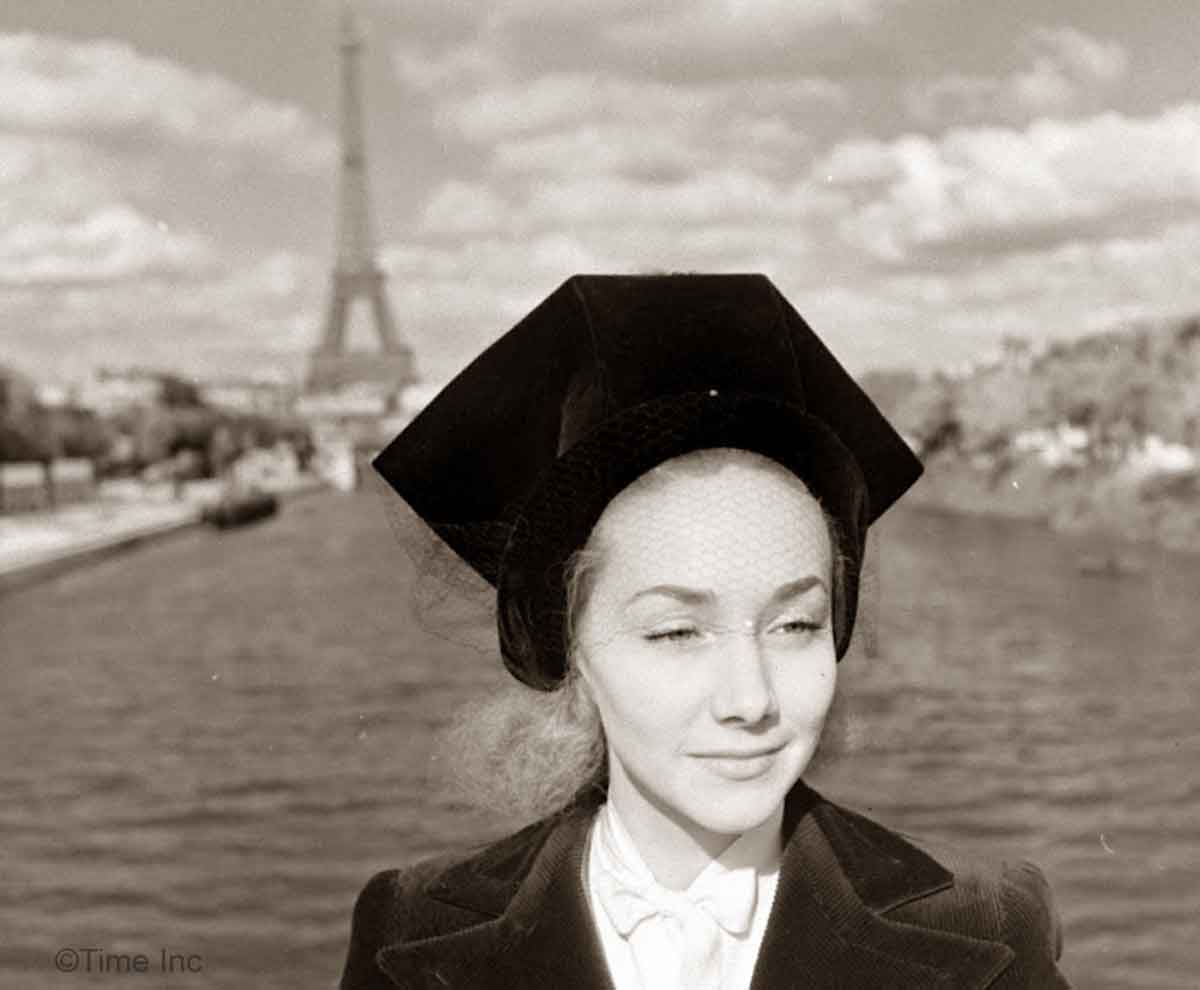 The liberation of Paris sent a thrill of mixed anticipation and anxiety through the dress designers of London, New York and Hollywood, some of whom have thrived mightily during Paris’ long night.
The first Paris fashion shows, therefore, brought forth groans of both dismay and criticism. 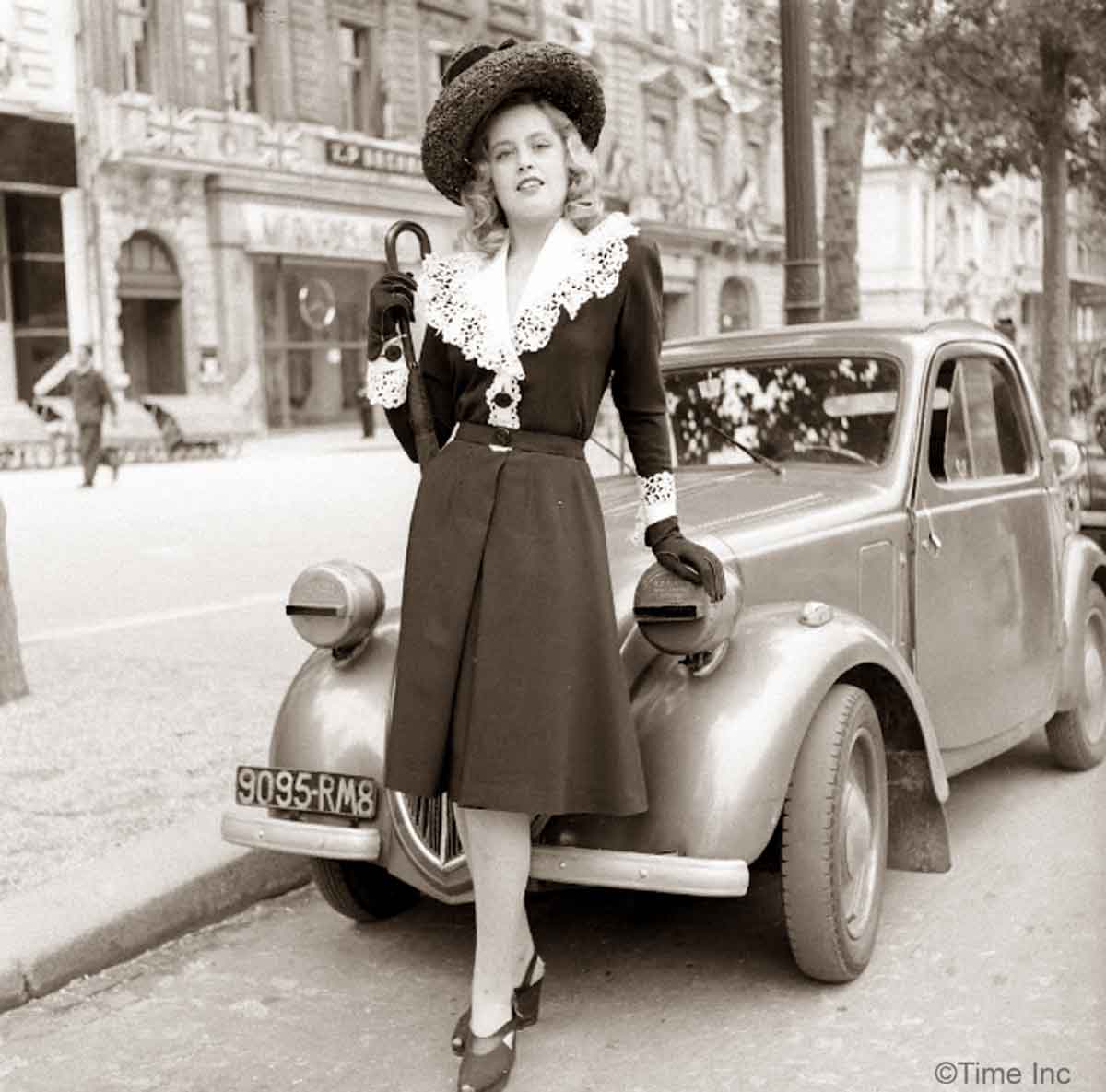 Paris however proved that it still has that certain ‘je ne sais quoi’, when it comes to materials, color and the way to put them on the bodies of women. 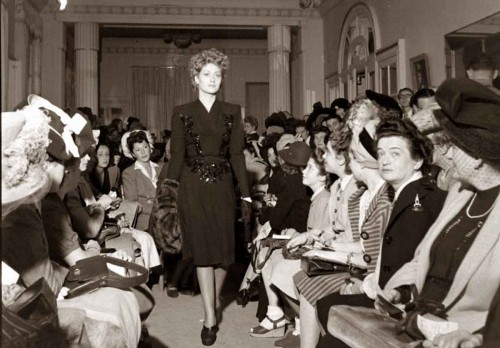 The shows were only really for advertising purposes. Paris had no materials to make the clothes for sale. It had only enough to make the strange and wonderful originals. Much later would come the real commercial shows for business.

A million people live indirectly from the French fashion industry and France claims it could export $400,000,000 worth of fashions.

At the moment Paris styles are still influenced by a period when a conqueror was in France. the clothing arrogant, mannish even. Women are made to look tall with high heels, high hats and high coiffures.
Substitute materials and the needs of bicycles also affect the styles.

Fringes fall from pockets, blouses and gloves. Sleeves spring from the neck, the back, the elbow. Bodices are what the experts call “studied”, i.e carefully fitted and elaborated. Of course, much of this is unusable under US wartime restrictions, but it promises of better days to come !