Mesmerising movie stills from another era – 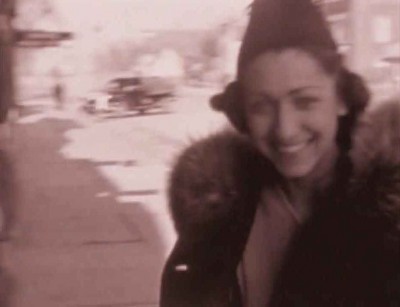 Long before New York’s Scott Schumann – known as The Sartorialist – made street style snapping a web phenomenon, long before the media became obsessed with high street chic – in the sleepy South Dakota town ( now a city) of Britton way back in 1938 – a certain Ivan Besse was busy filming these lovely ladies going about their daily business.

The women of Britton South Dakota – in their fashionable clothing, head wear ( Schiaparelli et Salvador Dali) and hairstyles – along with their sheer poise, as they swish about their local town – are all collectively hypnotic.
Time in a bottle – from another era.

Besse was the local projectionist and was well recognised by everyone as he regularly was seen on the street capturing local life around Marshall county. These local films were somewhat of a hit and needless to say the cinemas were always packed for their viewing – as it was still a real novelty to be seen on screen.