Rare Images of trail blazing women of the 20th century –

Just when I thought I’d pretty much dug up what little there was to be found in photos of beautiful influential women of colour – a new book – Vintage Black Glamour by blogger and author Nichelle Gainer has unveiled some never before seen photographs of black women actresses, socialites, singers, ballerinas…the list goes on of simply stunning photography.

The beginnings of this project began for Gainer when on research for a novel she is writing about her aunt who was a model in the 1950s, and scouring through old copies of black magazines such as Ebony, Jet, Tan and Hue – she was stunned to to see lots of black starlets – breathlessly covered by these magazines.

“I knew about Lena Horne and Dorothy Dandridge, of course, but who knew that there were so many other Negro starlets nipping at their heels?”

This mouth watering hard backed book can only be described as “the definitive book on black glamour”.

Glamourdaze has been a fan of the Vintage Black Glamour Facebook page for a while now – but you can’t beat a chunky book of sumptuous photographs plonked on your knee. 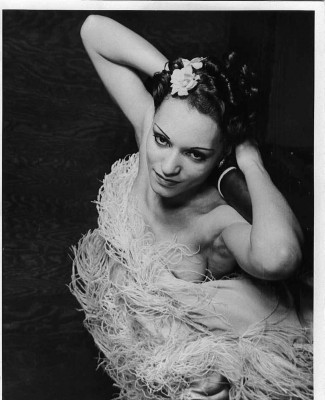 Gainer creates a visual history of women who were ground-breaking as well as glamorous. She uncovers the obscure as well as the better known women from 1900 onwards who blazed a trail for black women.

While the images evoke glamour, they are all the more remarkable at making you wonder at just how hard it must have been for a black woman to plow her way through a racist white dominated world.

Nichelle Gainer’s Facebook page with an extraordinary 239000 likes and rising, was already an archaeological dig of rare imagery, but in this book she has paid a fitting and touching visual tribute to all those forgotten women, who despite their talent, were sadly excluded from the pages of history by the many obstacles they faced. Vintage Black Glamour has resurrected them. 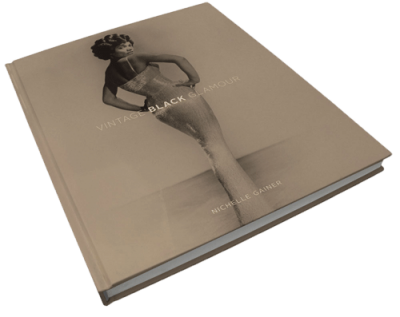