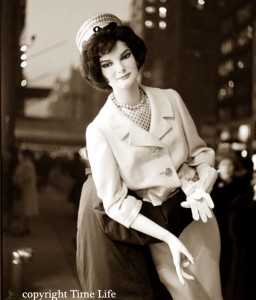 The wonderful archive at Time Life Magazine throw up some beauties every now and then. These wonderful photos were taken on the way and at John Frederic’s shop in New York in January 1961. 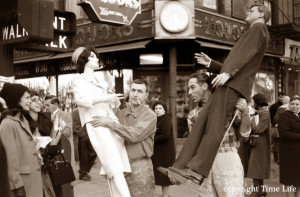 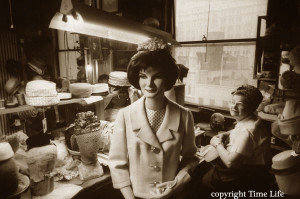 The caption which went with these pictures when Life Magazine first published it all those years ago ran as follows: : “Making its debut, Jackie mannequin, a standard size 10, stands at John Frederic’s shop in New York  where pillbox hats sell for $35 to $70.”. These images remind us of how huge an influence this remarkable woman had on the world of early 1960’s fashion. The sheer elegance of her style – always wearing the latest Chanel or Oleg Cassini dress. These mannequins of both Jackie and Jack appeared when Jack was still president elect. The Jackie style obsession was already well underway.