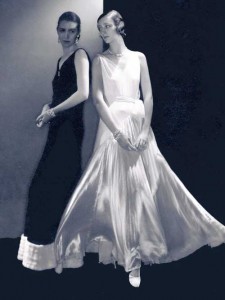 This 1920s women’s fashion report is written by Mary Brush Williams for the Ladies Home Journal.

Her name is on every lip and her gowns are on almost every fashionable woman of Paris.
Vionnet ! It’s such a pretty name to say. “I am going to get one of her dresses”, I one day remarked idly.
The french woman to whom I spoke laughed. ” She knows you, does she, and your grandmother? At least you have some special influence? If not, you don’t get into her shop”
I remember Madame Vionnet as the house that didn’t admit buyers, but did not think realize that she excluded potential customers too.” You have lately come into a fortune?” The Frenchwoman displayed the irony which is the gift of her people.
Yes, Vionnet caters only to the rich, but in spite of herself she appears to be setting the mode for this spring.
You can tell one of her creations by its rigid plainness and the skill with which she uses points. 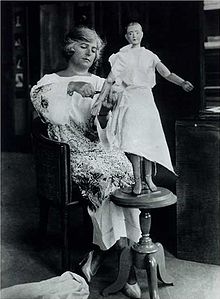 Her skirts look as if a series of handkerchiefs had been caught in the center and sewed somewhere around the latitude of the knees.
That would be all the garnishment you would see on one of her dresses. Straight lines, no trimmings, that’s Vionnet. As for the materials, the crepe de chines seems to have it, falling in soft heavy lines with cashmere’s and homespun’s in the foreground for dress suits and coats. 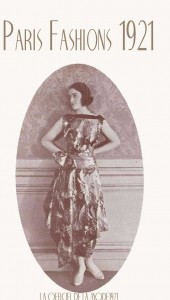 A good many years have passed since I first heard of Paul Poiret. I used to think it was a perfume, then a color. When I at last found out that that this was the name of a man, and he one of the greatest designers of costumes for women – well, at least I thought I knew what he looked like. By the time I reached Paris, he was the tailor for the French army, having joined as a common soldier.The Rue Saint Honore is perhaps the most historic street in Paris, down which the victims of the Revolution headed for the guillotine. Now blossoming with chic modern clothes and millinery shops. There is one in particular which sells perfume in wonderful little bottles with tiny red sashes, invented by Paul Poiret. The shop is run by the man. Another store is the home of soft cushions, and it too is a Poiret creation. His dress making house has a garden, where people come to dance.A fairyland amid high trees, where women in willowy robes floated with their partners to the strains of music. I cannot keep my eyes of Poiret. A small man enveloped in isolation, an onlooker, like many great artists.He began, it seems as a delivery boy in an umbrella factory. I believe he is going to have huge influence in the coming decade of the 1920s. The designer of the most ethereal of dresses. They say that of all the big designers, he is the true artist. Instead of pinning material on models, he sketches them. His big innovation,fur collars that rise a woman’s shoulders to a graceful arc is divine. 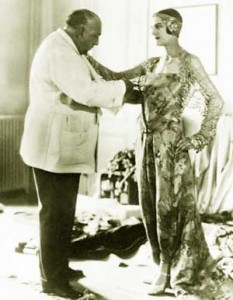 All the designers bow to the great fabric manufacturing plant of Rodiers. A family company, they design their looms as well. When I asked one of them where they got their designs, she replied “Ah Madame ” a sunbeam slants across a mountain and there is the light and the shadow, and the tint of the new morning !”
In Paris, these masters of art in turn receive visits four times a year from the dictators of fashion design. They wend their way to Rodiers as pilgrims to a shrine. Madame Jeanne Paquin roles up in a limo, the Tawney haired Coco Chanel comes down to keep her appointment.Monsieur Worth sends in his card and waits his turn. For on fabrics, their fate all depends. 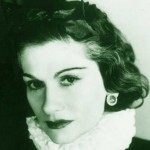