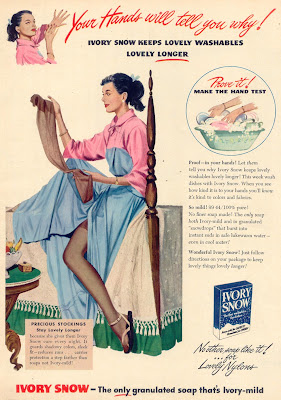 In the first year, 64 million pairs were sold in the US, and nylons soon became the generic name for all hosiery products containing nylon.

However once the USA joined World War II all production of nylon went into the war effort and nylon stockings became very hard to obtain – during this time women painted seams on the back of their legs instead so it appeared as if they were wearing stockings.