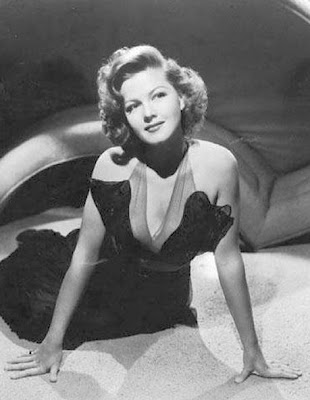 Jean Rogers
Jean Rogers (March 25, 1916 – February 24, 1991) was an American actress. She is best remembered today as Dale Arden in two of the three Flash Gordon serials.

Gene Tierney
Gene Tierney (November 19, 1920 – November 6, 1991) was an American film and stage actress. Acclaimed as one of the great beauties of her day, she is best-remembered for her performance in the title role of Laura (1944) and her Academy Award-nominated performance for Best Actress in Leave Her to Heaven (1945).[1] Other notable roles include Martha Strable Van Cleve in Heaven Can Wait (1943), Isabel Bradley Maturin in The Razor’s Edge (1946), Lucy Muir in The Ghost and Mrs. Muir (1947), Ann Sutton in Whirlpool (1949), Maggie Carleton McNulty in The Mating Season (1951) and Anne Scott in The Left Hand of God (1955).

Born in Brooklyn, New York, Jergen’s birth date is sometimes listed as 1922. Jergens first rose to prominence in the late 1930s, when she was named “Miss World’s Fairest” at New York’s 1939 World’s Fair and in the early 1940s, she worked as a Rockette, and was named the Number One Showgirl in New York City.